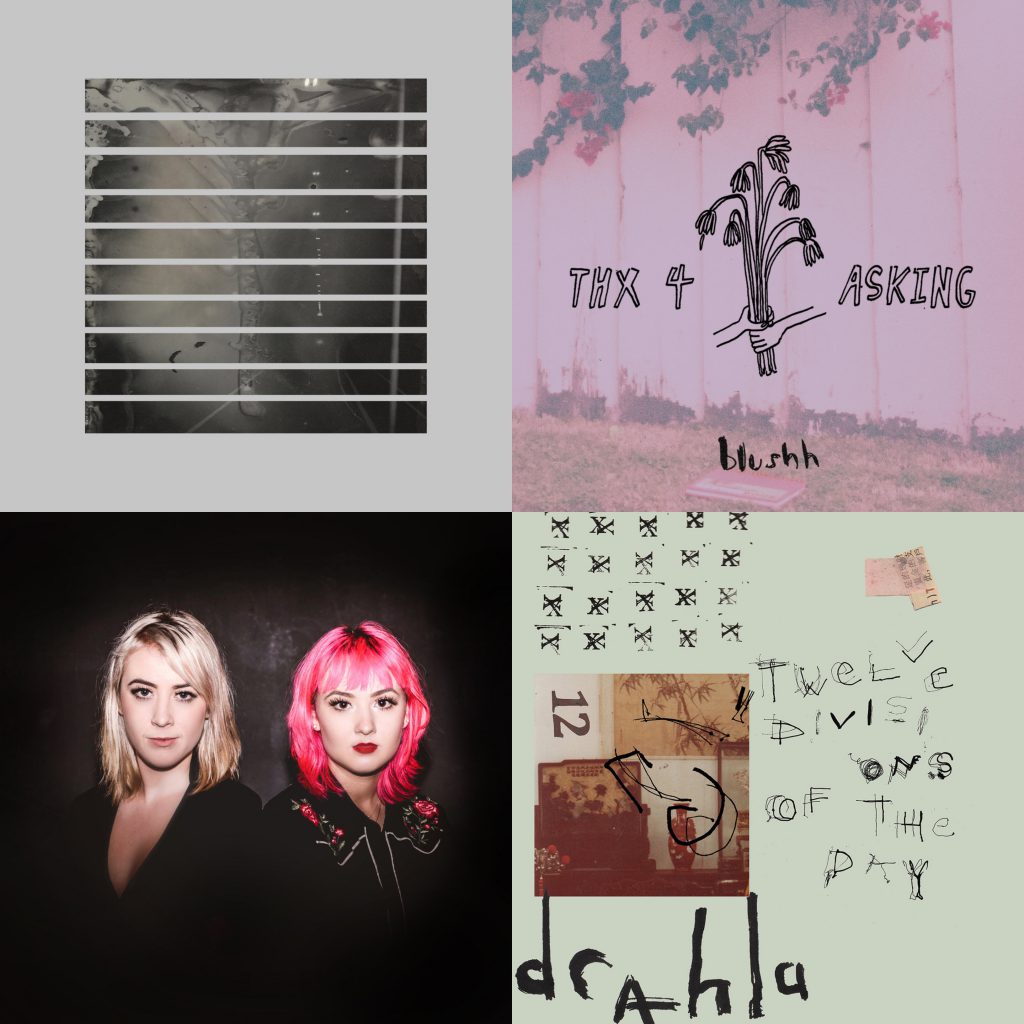 It’s an (almost) California edition of Tracks of the Week this time out. Starting off with Sacramento punk duo Dog Party, “The Walk” is from their brand new LP Hit & Run, the 6th full length from Gwen & Lucy Giles.

Breaking the Cali theme briefly, Drahla from Leeds, UK has a new single, “Twelve Divisions of the Day,” out July 20th on Captured Tracks.

Back to the Golden State, LA’s Smokescreens came to life as an homage to the Flying Nun Records vibe, and has since found their own voice, evidenced on “Someone New,” a taste of their new LP Used To Yesterday, out 7/13 via Slumberland Records. In LA, upcoming gigs are 7/13 at the Monty Bar and 7/19 at the Echoplex.

Bay Area shoegazers Topographies offer up “Roman Figure,” the flip side of their debut single “Pink Thoughts.” With a handful of hometown dates this summer, the next being Oakland’s Elbo Room East in Jack London Square on 7/16. July 29th, they’ll be part of the longtime LA showcase Part Time Punks at the Echo.

Finishing off in LA, Blushh make an impact with the Nest summer anthem, “I’m Over It,” off their Thx 4 Asking EP, out now on Maryland-based Yellow K Records.