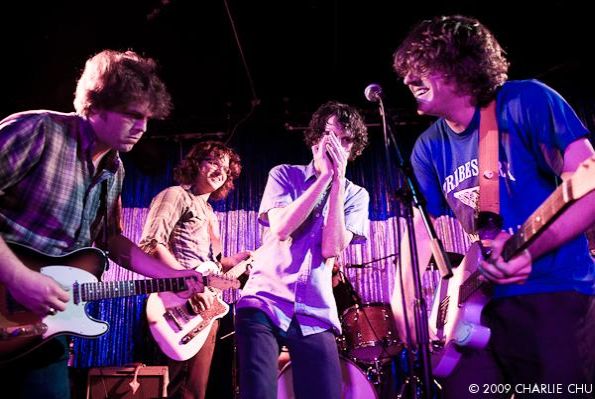 In a musical climate overpopulated by synthesizers, loop pedals, and macabre, Los Angeles’ The Henry Clay People are just what the doctor ordered for an indie rock detox. Their 2010 release Somewhere on the Golden Coast is filled with big, sometimes twangy, guitar riffs and driving drums reminiscent of ’90s indie staples like Pavement and Built to Spill. The group’s lyrics typically oscillate between the woes and recreation that come with unemployment, music scenes, and being young. Frontman Joey Siara belts out in a youthful drawl that makes him sound like he’s preaching the indie rock gospel. Combine all of the above, throw in some charming stage presence and witty banter in their live performance, and this quintet will have you bouncing on your toes by the end of the first song.

The Henry Clay People – THE WINTER SONG from vbkid on Vimeo.