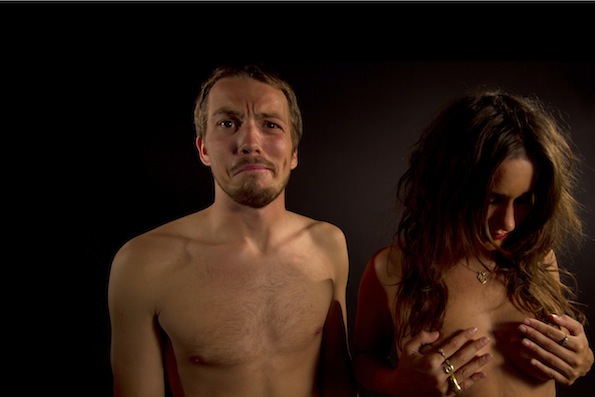 The last time that we saw Zach Moon he was working his youthful music mojo with a few buddies in the soulful rock band Jahnre, figuring out — as he puts it, “how the hell to write a song,” and splitting his time between Salt Lake City, UT and Los Angeles. A few miles away in a land down under (apologies for biting Men At Work, but it seemed appropriate) Alisa Fedele was doing something similar in Sydney, Australia. For a while an operatic career seemed her calling (no, seriously), but jazz and blues are also notches in her vocal belt and her tide shifted as her energies pooled into the soul/blues band, Alisa Fedele and the King Bees.

Call it fortuitous but eventually they both (quite separately) settled in LA, Alisa as recently as February of this year, only to be brought together by a mutual friend. Something about the internet, a warm day, glasses of wine, a jam session, and – BOOM – an organism called Heaps n Heaps was born.

The dynamic of chemistry in boy/girl-fronted musical groups is heavily reliant upon the two people staring down the microphones pulling their collective artistic weight and, with Heaps n Heaps, Alisa and Zach seem to have located the yin to the other’s yang. Call it indie rock with an underlying current of soul, sunshine, and pop: Zach’s almost cheeky American ease and Alisa’s Aussie fire and cool.

Songs have been written, songs have been recorded and now they are more than ready to share. So along with partners in the music Myles Young (keys), Kyle Rector (drums), Krishnan Swaminathan (bass), on July 19th Heaps n Heaps have a date with the Roxy Theater in West Hollywood, and their rock will surely roll. It’s always a little exciting to watch the lift off of a new musical project. We’ve got a front row seat to this one.

PS: Don’t let the photo fool you: They will be wearing clothes when they perform. Sorry.