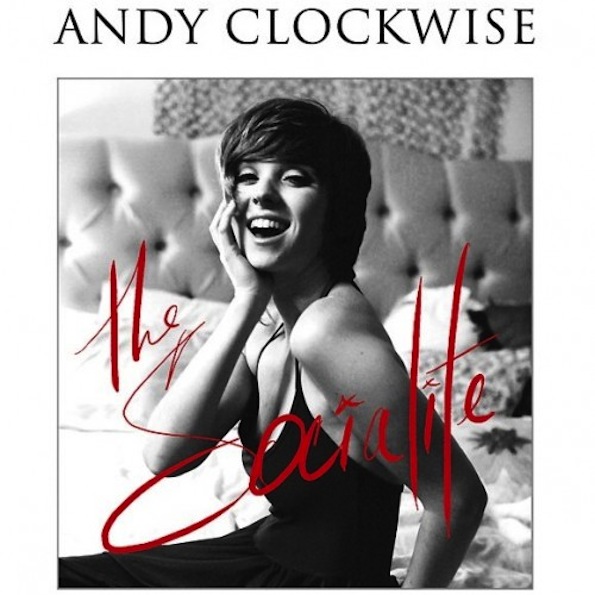 Andy Clockwise is a man of craft, creativity, and crazy; three things may very well be prerequisites for existing, let alone surviving, in the insanity of Los Angeles’ music arena. He’s an Aussie who came for a visit and, in discovering that he felt quite at home among the madness, never left.

On the heels of 2011 release of his second full length album The Socialite (an examination of the cult of celebrity through humorous and partially vodka-iced eyes), Andy Clockwise balls up ambition, charisma, and his self-identified “schizo pop” with both hands and thrusts them in your face with big arrangements, a multitude of influences, danceable tracks, and downright electric and always interactive live performances. Ladies, if you don’t mind the high probability of having a boisterous Aussie wrap himself around your legs while baritone-crooning, an Andy Clockwise show is for you!

Clockwise is a welcome and repeat offender at some of LA’s most favored and iconic venues like The Satellite (formerly Spaceland) and Hotel Café, and in March at SXSW he and his band slayed a room, leaving the uninformed and uninitiated slack-jawed wondering who the mad man was that just tore up the stage with songs like “Let Them Eat Cake”, “My Generation”, and “Everybody’s In A Band”. It was a question I had to answer at least four times. His classically trained multi-instrumentalist self can play more instruments than I can actually name, has a strong fondness for Beyonce (read: mad crush), has toured with Julian Casablancas and INXS, and by all accounts is that hidden LA jewel about to shine on like a crazy diamond.

Yeah, I just went all Pink Floyd on you.