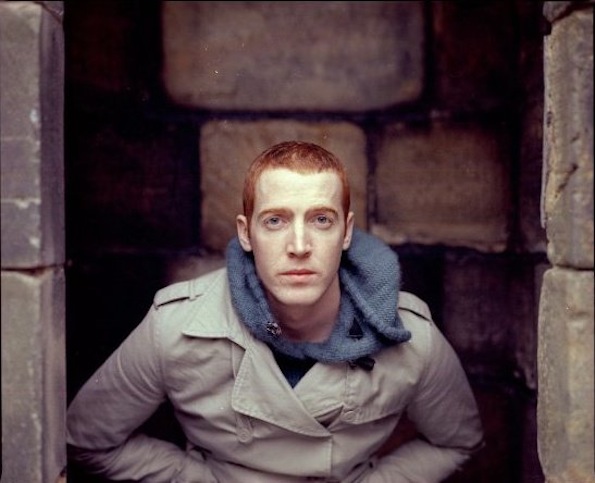 There’s much ado about the fact someone had the vision (gall, guts, balls, insanity… take your pick) to actually incorporate the likes of a harp (yeah, that’s not a typo) into any form of electro/dance music. But that’s what Pat Grossi did and his world seems to be a better place because of it.

He’s an LA local, rides under the moniker Active Child and, for better or worse, he’s now a fascination in the realm of one-man, laptop-made music grooving the minds of many. I say “for better or worse” because he’s “that guy” who has all of the six-song EP Curtis Lane under his belt (granted a pretty damned good six-song EP) who now has to back that thing up in the live. Especially now that he has a month long Monday night residency in August at The Echo in Los Angeles to contend with. No pressure, man, and he does have a full length CD, “You Are All I See”, due for release later this month.

There are varying degrees, shapes, and colors of this thing called electronica and we’ve covered a few of their incarnations here on The Owl Mag. Less bombastic than a Big Black Delta, the tuneage of Active Child is bright to the point of incandescent while still carrying a sense of grandeur. Think of him as an alt to the healthy new wave of indie synth; he’s like James Blake but with less gravitas. This I say because Active Child occupies the dreamier pop corner with washes of haze affected by that damned harp. Sometimes you get bliss, sometimes the urge to dance, but all times you get a sense of atmospheric charm.

Grossi’s vocals are as much an instrument in the production as a guitar, especially when layered upon itself. His tenor his decent but “Weight of the World” gives me too many shades of post-punk gloom. The money is in his precious choir-boy falsetto on fine display in “When Your Love Is Safe” and “Playing House”, both of which are quite the head-bobbers and swoonfests (read: sexy-time).

Monday nights at The Echo are where you can find Active Child getting his and your groove on all August. For free. Yep, no dinero.