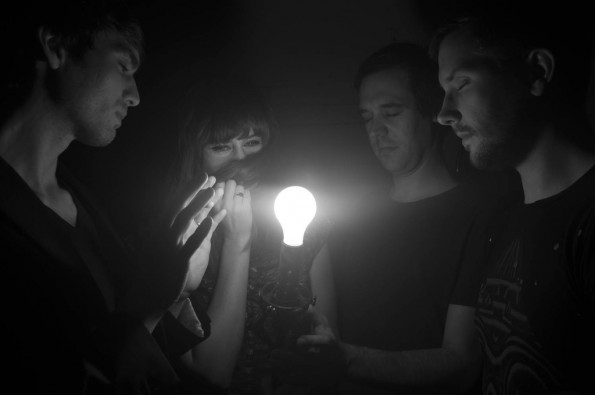 PacificUV produce glimmering, glistening shoegaze tunes and their latest full-length album, After the Dream You Are Awake, is perfectly titled to connote the sort of ethereal quality of their music. The quartet hails from Athens, Georgia, the same stomping grounds as Of Montreal, but the two couldn’t be more different. After their self-titled 2002 debut received universal acclaim and attention, the band dissolved, reconfiguring in 2008 and producing spacious, floating dream pop galore.

With the combined, almost-whispered voices of singers, songs like “I Wanna Be You” are oddly comforting and easygoing. “I Think It’s Coming” borrows the airy minimalism of The xx, while “Russians,” one of the few times their electronics take on a bit of an edge, is closer to M83 than anything. That said, songs like “Run” display how natural it is for the group to abandon lyrics altogether, including sounds of birds and the evening air among their synths. In those moments, their post-rock sensibilities come out, often for the better.