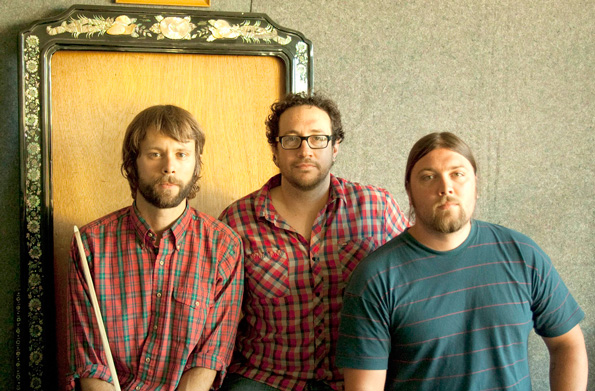 The band is called Mist Giant and they’re from San Francisco and whoa, did they create the perfect soundtrack for San Francisco’s own mist giant: the fog. Sonically, the track begins with lengthy digital drones, like watching the fog slowly building from the coast. Then, added to the base of digitalism, comes downtrodden guitar playing, like the dim vibe of the fog pausing atop the city, hiding away a

ny semblance of blue sky. Lastly, the suspended vocals mark the frustration any San Franciscan has experienced wanting to scream, “What With?!” as the murkiness disappears above the East Bay.

Without a doubt, Mist Giant has got the NorCal city’s soundscape pegged and surely, any fans of the temperate fog are destined to enjoy the music of this new group.