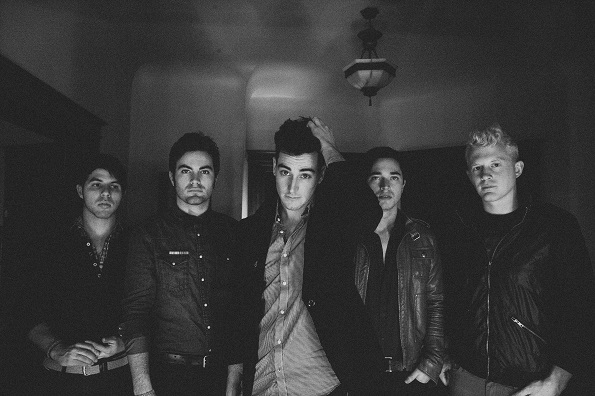 Cali-bred indie rockers, Night Riots, continue to make a name for themselves outside of the small town of Templeton in which they grew up. Formerly known as PK, Night Riots announced their band’s name change (due to copyright issues) at the beginning of 2013, but that hasn’t changed their ambitions or ability to plant their feet in the Cali indie-pop music scene. Surpassing past accolades from Rolling Stone and MTV Buzzworthy, the five-man band released their new EP, Young Lore, in June and ended their US tour at The Griffin in San Diego in mid-September.

On August 27th, Filter premiered Night Riots’ video for their song “Remedy.” For those who may have missed the premiere, be sure to check out the video and keep an eye out and an ear to the ground for any upcoming tour dates. For anyone just breaking into the Night Riots’ music library, think The Killers meets a modern day The Cure, but more importantly, good luck getting Night Riots’ hooks outta your head once the play button is clicked.