HEAR THIS: The Ten Thousand 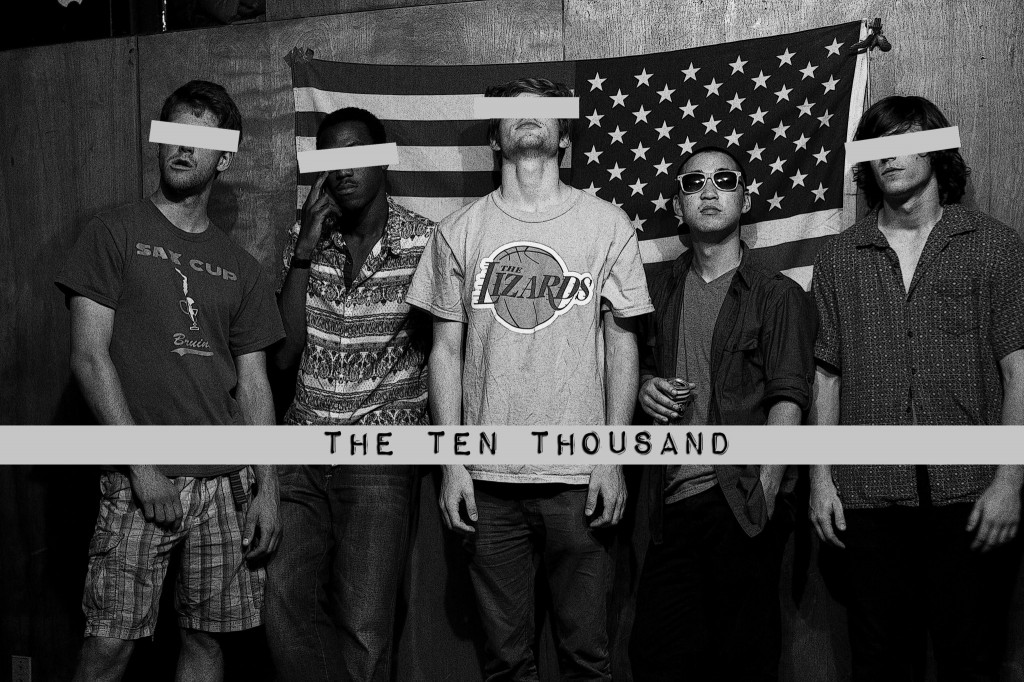 Some random guy on the internet has proclaimed The Ten Thousand’s music as reminding him, “of when anything other than wild was not an option.” Still building up a steady local buzz, the early twenty-somethings have been playing energy-soaked shows this past year in the Westwood neighborhood of Los Angeles. Self-described as, “a musical collective founded by a group of rogue mercenaries stranded in Los Angeles.” They met while all attending UCLA, and recently put out
their first EP called Nobody Gets Hurt, and the damn catchy harmonies remind us of a more punk Vampire Weekend mixed with some Neil Young Americana. Wild is seriously right. Check out their Bandcamp below where they even threw in a free download.