HEAR THIS: The Japanese Popstars 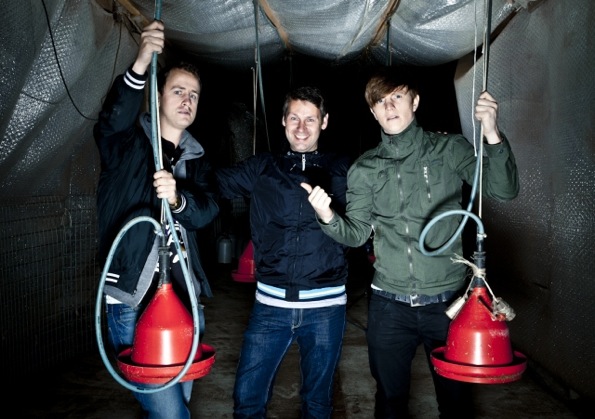 On second album Controlling Your Allegiance, which dropped June 20, 2011, The Japanese Popstars (Gary Curran, Declan ‘Decky Hedrock’ McLaughlin and Gareth Donoghue) boldly command us to “LET GO”. Phasers give way to pulsing tribal beats, surrendering to sirens. Is it 1994 at The Heavenly Social? Just when skeptical, “Catapult” propels into beat-climbing nirvana. Lose yourself to “Song For Lisa” even if it sounds familiar, or because of it. These Derry Irishmen slam down cases of throwbacks. Besides conjuring early Chemical Brothers, The Cure’s Robert Smith swoons on “Take Forever”, and “Fight the Night” reminisces of New Order. But this isn’t dance rehash. It organically unfolds from the clubs into lush soundscapes of well defined songs, evolving into trancelike states beyond, where The Editor’s Tom Smith provides weight to closing anthem “Joshua”.