HEAR THIS: So Many Wizards 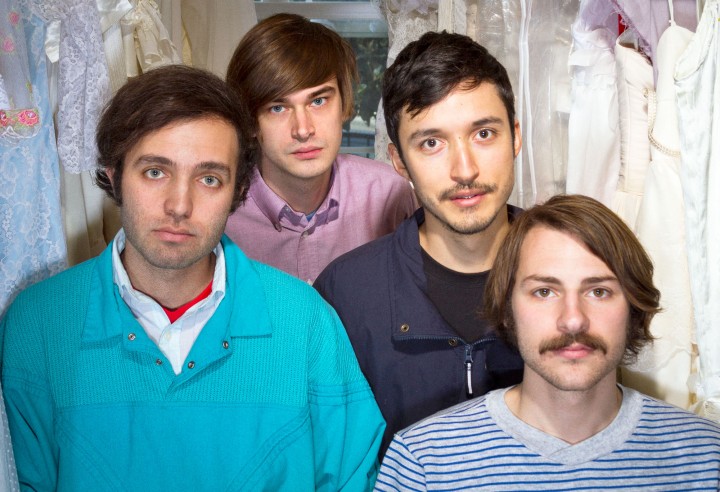 A couple of years ago, after a long and hot summer day catching some of the best indie rock artists like Electric Guest, Cults, Milo Greene, and Grimes at Make Music Pasadena, we came across a small courtyard that was quickly filling to capacity with a number of very eager and enthusiastic festival attendees. We decided to stick around and see what all the buzz was about. We were not at all prepared for what would come in the form a four-piece band called So Many Wizards.

Beginning in Long Beach as a solo project for lead singer/guitarist Nima Kazemouri, the band gradually grew in size. First he added dynamic drummer Erik Felix, then bassist Dave Ratliff ,and finally shredder extraordinaire Melody Carillo (who has recently left the band and has been replaced with Martin Roark). Playing shows a couple times a week in their hometown of Long Beach became the norm and would provide the perfect recipe to gain a cult-like following; a feature that is always on full display when playing live, especially at L.A. venues like The Smell.

The band’s music instills the listener with a sense of optimism and hope, a perfect ying to Kazemouri’s dark lyrical yang. Since its inception, the band has continued a relentless tour schedule, consistently playing local shows and in the process have released a couple of 7-inches (Night Chills/Daydream 7″ being the latest), 2 EPs, and one full length, with Love Songs For When You Leave Me being produced by Christopher Chu (Morning Benders, Pop Etc). So Many Wizards are currently preparing to record their sophomore album, which they expect to release later this year. A band deserving of everyone’s attention, a people’s band of sorts, one that when playing their instruments creates magic, not an illusion or trick but musical magic.