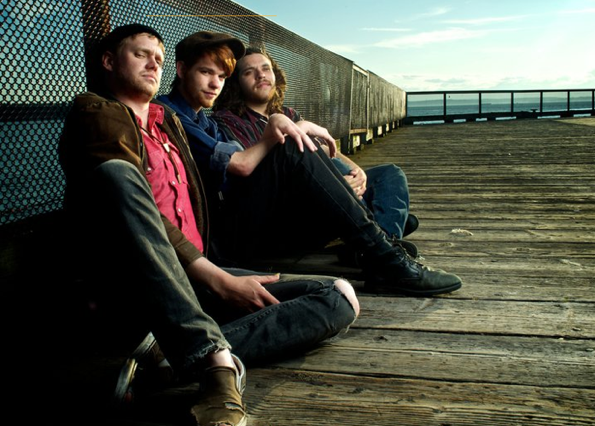 Rin Tin Tiger (formerly known as Westwood & Willow) is formed by the Sullivan brothers (lyrics, vocals, guitar) and Andrew Skewes-Cox (drums, vocals). They have independently gained fans in the South Bay and across the Bay Area via sets at open mics, coffee shops, art spaces and have even played San Jose’s Left Coast Live music festival and San Francisco’s Noise Pop Festival. Staying true to their DIY spirit, they have recently released their first self titled EP Rin Tin Tiger. The influence of classic folk artists like Dylan and Nick Drake is apparent. There is nothing quite like sibling harmony and with a fantastic mixture of clever lyrics, harmonica and a strong song structure present, Rin Tin Tiger will continue to build an appreciative fan base across the cities of the Bay Area and beyond.