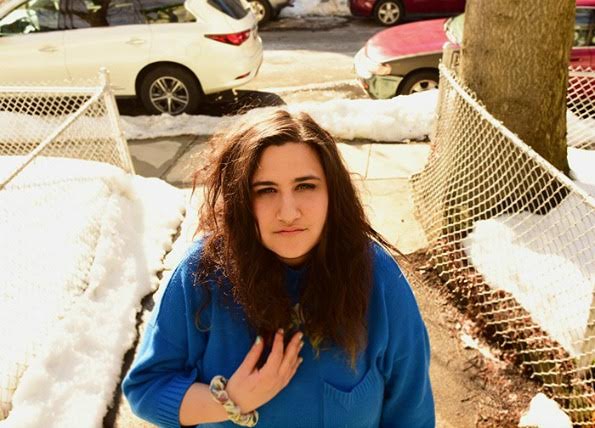 In only half an hour, Palehound‘s Ellen Kempner lays out a master class in channeling grief and coming to terms with yourself on the Boston trio’s new LP, A Place I’ll Always Go, out now on Polyvinyl Records. Also resurfacing is Kempner’s gift for fully ripping your heart out and tossing it on a plate, as evidenced by new single “If You Met Her,” the video which was done completely by students at the Real To Reel Film School at Raw Art Works in Massachusetts.

High points “Carnations” and “Turning 21” feature her gift for the fuzzy guitar hook that was so endearing on 2015’s breakthrough and Nest Favorite Dry Food. Sonic side trips “Silver Toaster” and “At Night I’m Alright With You” encapsulate the questing nature of A Place I’ll Always Go, whereas first single “Flowing Over” showcases the now road-tested band’s affinity for effortless groove. In August, Palehound will be picking up some dates with Waxahatchee in the South and Midwest, and will make their grand West Coast return at the Great American Music Hall with the Bay Area’s own Jay Som on October 20th. Tickets for October can be purchased here.