HEAR THIS: Miracles of Modern Science 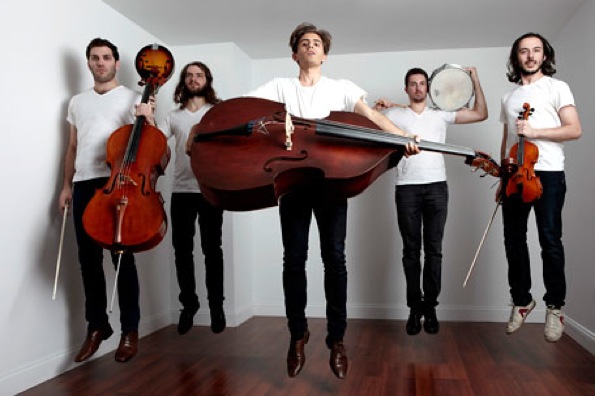 It’s wintertime, which for me usually means queuing up string-based music (think: Ra Ra Riot) and Miracles of Modern Science (MOMS) has totally hit the spot this wintry period. After meeting in 2004 while studying at Princeton University, Miracles of Modern Science’s compositions show that they are putting their ivy league smarts to good use. Without any guitars, this now Brooklyn-based group relies on a mandolin, an upright bass, a violin, a cello, and a drum set to compose orchestral indie tunes.

They’ve also been known to perform in silver space suits, though their sounds are plentiful enough that the stage antics don’t seem necessary. MOMS’ full-length LP Dog Year was just released last month and if it’s getting chilly by you, be sure to click below and preview the whole album: