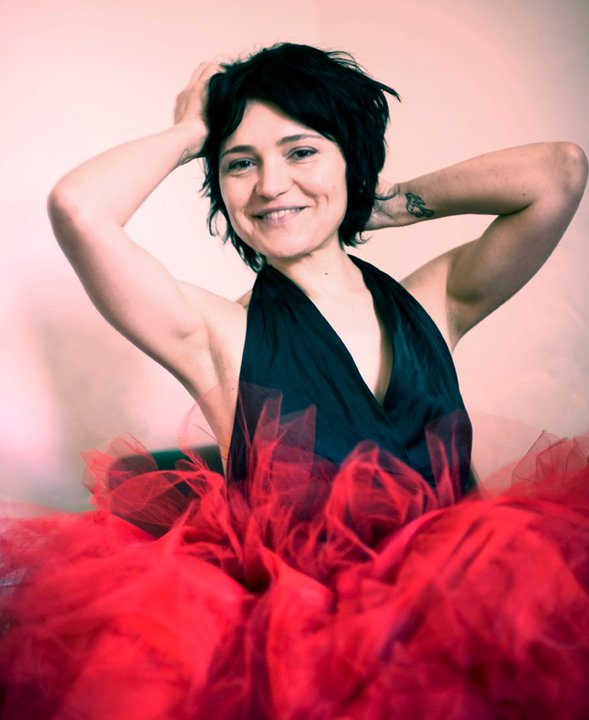 After nearly 20 years in Tucson, Arizona, French chanteuse Marianne Dissard decamped back to Europe after leaving an indelible imprint on the local scene, both as a musician and a filmmaker, striking up longstanding relationships with Howie Gelb (Giant Sand) and Joey Burns (Calexico). Her work evolution traces the arc of a French/Americana hybrid that’s given way to something more singular and dramatic.

In between official LP releases, Dissard has embarked on her ‘City Series’, a string of EP’s recorded on tours, with Paris Takes (1) and Berlin Takes (2) combining a live in the studio approach with some of each region’s local magic. Beijing Takes (3), still in post-production, promises a more beats-oriented direction. With the new Cologne Vier Takes (4), it’s back to the basics, featuring Dissard reworking tunes from last year’s The Cat. Not Me., in more spartan but no less thrilling settings, aided by band mates Yan Pechin and Allyson Ezell. The EP pares down and digs deeper, with reworked Cat tracks “Election” and “Mouton Bercail” standing out for their exploration of dynamics, and her sheer power.