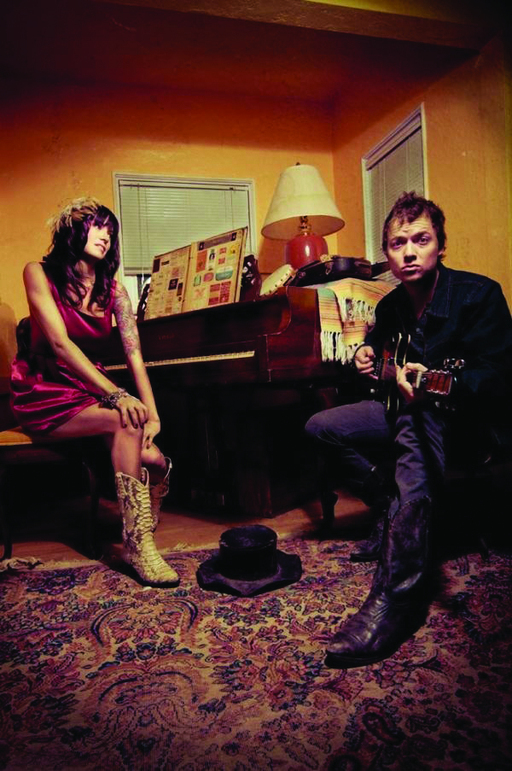 Most of the time, it’s hard to believe that a musical duo can pack as big of a punch, if not more, than a four or five-piece band. Sure, there are a few stand-out acts like The Black Keys, but the usual sentiment is that the more members, the fuller the sound. However, San Diego-based Little Hurricane is one of those stand-out acts. Made up of Anthony “Tone” Catalano and Celste “CC” Spina, this duo rocks hard. Tone is responsible for the gritty, blues-y guitar riffs, and CC backs him up on hard-hitting drums. Both share the vocals. Formed just a short time ago, Little Hurricane has won awards at the 2010 and 2011 San Diego Music Awards. In 2011, their debut album Homewrecker, was named Album of the Year.

Accolades aside, Little Hurricane is electric. They’re a swirling combination of The White Stripes, Black Rebel Motorcycle Club, and the Black Lips. Their sound is sassy, swampy and dark. The song “Crocodile Tears” is a perfect example of the charged blues that Little Hurricane delivers. They also demonstrate their electricity live. Each show is high-energy and spot on. Little Hurricane will play a free show at the Bootleg in LA on Nov. 28, at Hotel Utah in SF on Nov. 30, and back in San Diego on Dec. 3 at the Casbah. Be sure not to miss this small, but powerful duo!

Check out Little Hurricane’s website for a free download of the Elbow cover “Grounds for Divorce” HERE!