HEAR THIS: Letting Up Despite Great Faults 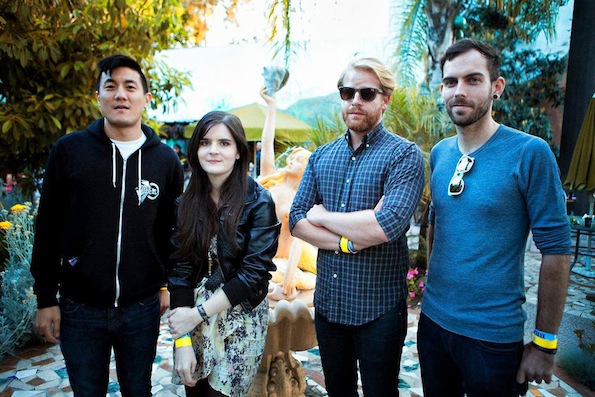 Let us have the honor of intro

ducing you to your new favorite band, Letting Up Despite Great Faults, the fuzzy lo-fi foursome from Austin by way of Los Angeles. The band hit the scene in 2009 with the release of their self-titled debut album which was widely embraced by the music blogosphere (and we admit we’ve had our fair share of a love affair with them for sure). Most recently, Letting Up released their second full length album titled Untogether this past October. Singer Mike Lee’s hushed vocals breathe life into the image of a shy boy peeking at you over the top of his black rimmed glasses and garner a sense of dreamy nostalgia. The gauzy arrangements feel light, effortless, and unfabricated. Letting Up is a band that falls in between Pains of Being Pure at Heart (whom your younger sibling loves) and Washed Out (whom you really loved in 2011) and may turn out to be your favorite find of 2012.