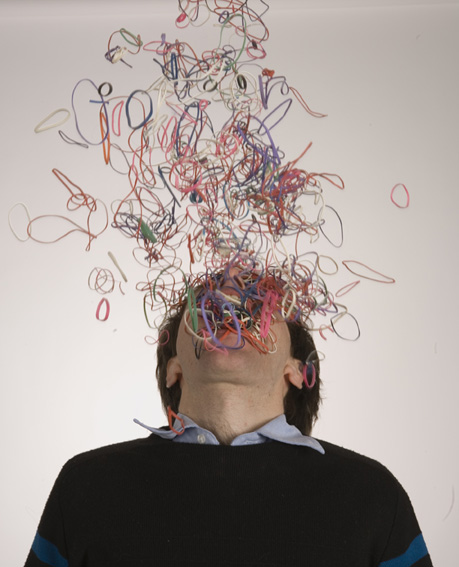 Emperor X’s recordings are filled with rapid-fire acoustic guitar fingerpicking, found instruments, techno-y sampling, and just plain weird noises. It’s folk-inflected indie dance pop that sounds like it’s wafting up through your window from a dance hall two blocks away and underground. You can stream a smattering of his work on his website, but there’s some recordings that maybe no one has heard. When someone says they’ve “unearthed” a new Emperor X recording like his Daytrotter session, they’re being literal. Apparently he likes to bury his releases and then post the GPS coordinates. A physics degree isn’t the background you’d expect most experimental musicians to have. His new label (Bar/None) is home to another band that loves science, They Might Be Giants, who Emperor X coincidentally resembles a bit vocally. Look for the new album in October, but in the meantime check out as much of his stuff as you can find. Or dig up before it’s lost or destroyed.