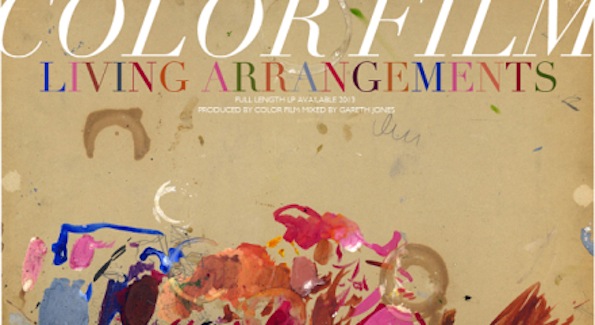 When most people hear the name Daryl Palumbo, they either think of the hard hitting, post hardcore sounds of Glassjaw or the dance pop inspired, upbeat styles of Head Automatica. Regardless of which one you’re a fan of, his new project with Richard Penzone (ex. Men, Women & Children), which goes by the name Color Film, is something that you should certainly turn an ear to.

Though the band is fresh on the scene, their unique sound is already getting them some well deserved attention, most notably their set at New York’s CMJ. “Bad Saint” is their first official single and it hits in all of the right ways. The track carries a tone that’s slightly reminiscent of The Smiths, but aside from that, it demonstrates a sleek, swoon provoking atmosphere that sounds absolutely captivating alongside Daryl’s soothing and charming vocals, making it nothing short of irresistible. Look for Color Film’s debut LP Living Arrangements to drop sometime next year and stream “Bad Saint” below to help get you in the mood for its arrival.