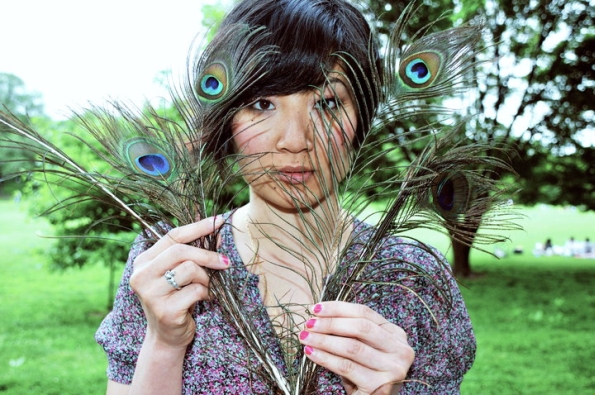 Charlene Kaye is somewhat an enigma. She recently took to touring with Team Starkid, the group behind A Very Potter Musical, raised over $33,000 on her Kickstarter to fund her second album, and seriously owned a duet with Glee’s Darren Criss on the adorable “Dress and Tie.” Though first thoughts might be choir nerd, Kaye’s voice quickly proves she’s not one to be confined to any particular genre.

Listen to the Brilliant Eyes EP and you’ll hear tinges of Bonnie Raitt, flutters of jazz, and chamber pop. Kaye’s first album Things I Will Need in the Past yields more sultry tones and another duet with Darren Criss, the playful “Skin and Bones” that brings to mind She and Him and Feist.

Be on the lookout for her upcoming album Animal Love soon and in the meantime, check out the video for “Dress and Tie” here: