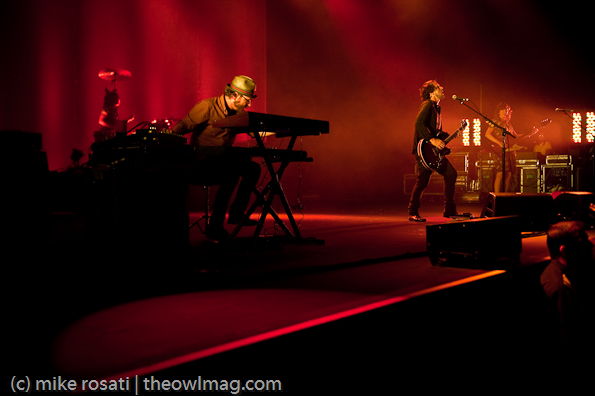 At long last, Silver Lake’s most beloved foursome, Silversun Pickups, have released their first single “Bloody Mary (Nerve Endings)” off the band’s forthcoming album produced by Jacknife Lee titled Neck of the Woods due out on Dangerbird Records on May 8th. If the first single is any indication of what’s in store on the long awaited follow-up to 2009’s Swoon, expect bigger drums from Silversun Pickups‘ rhythm man Chris Guanlao, a richer, more textured dreamy sound, and of course, Brian Aubert’s lovely songwriting delivered via his characteristic androgynous vocals. For more information on the upcoming release or to pre-order your copy of Neck of the Woods, check out the band’s website for details. In the meantime, turn up the volume on your speakers and feast your ears on “Bloody Mary (Nerve Endings).”