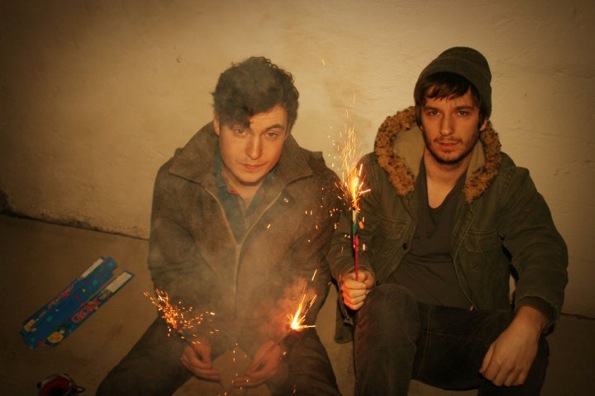 1, 2, 3 are a band from Pittsburgh (not to be confused with the band of the same name from Istanbul). Their lo-fi, down-tempo music is mellow and dreamy, and unlike anything we’ve heard recently. Which, let’s be honest, is always refreshing.

Nic Snyder, lead vocalist, explains that the EP Dreamland Pt. 1 (For Daisy) was written as a lullaby for his niece, and that goes somewhere to explaining the soothing tone of the band’s sound. “Turtle & Bear” has gently tinkering xylophone that could indeed feature on a wind-up toy in a child’s bedroom.

The last track on the EP Dream Dodge sounds so mellow that we wouldn’t be surprised if the band recorded it while lying down. “Warm Milk” has a melodic, flamenco-style guitar solo and vocal sighs throughout that would be as effective as the drink in aiding sleep.

Get across 1, 2, 3 if you fancy a grown-up lullaby and maybe an afternoon nap!