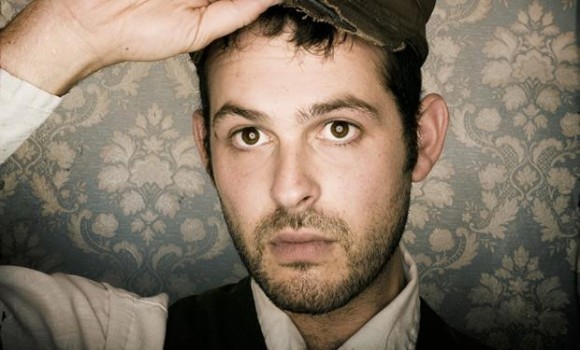 For a musician born in Johannesburg, South Africa, Gregory Alan Isakov sure sounds classic Americana. The guitar-strumming singer-songwriter has, after years of traveling, settled in more than one way: he’s dropped anchor in Colorado, all the while growing comfortable with his sweet, laid-back brand of indie folk music. The Weatherman, which came out July 9th, was Isakov’s fifth studio album, arriving four years after his last effort, 2009’s This Empty Northern Hemisphere.

The album’s lead single, “Saint Valentine,” moves along a comfortable pace like his more upbeat songs, which rarely break a sweat. Gorgeously crafted as ever, “Saint Valentine” is based around a jangly banjo line, with piano, some strings, and backing voices filling out the arrangement. Isakov’s voice is recognizably tender, especially when he hits his falsetto at the end. His head for lyrical detail comes across just as strongly in older tunes like “Big Black Car,” his most well-known, and the finger-picking “John Brown’s Body,” from 2007’s That Sea, The Gambler. He rarely emits a sense of urgency— there’s plenty of time to sit down and listen closely.