FROM ACROSS THE POND: Yuck 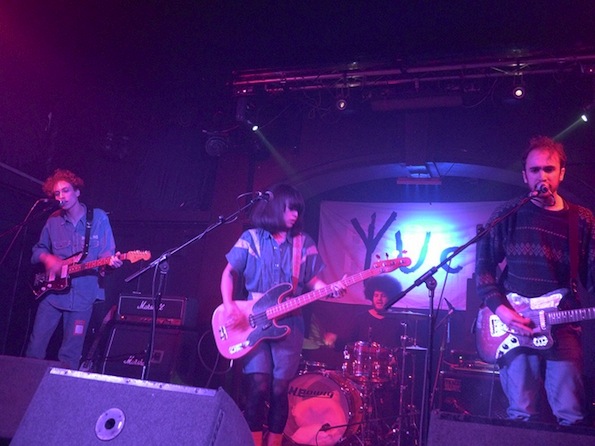 Yuck is one of the most exciting bands to emerge in the UK in the past year. Long before their self-titled debut was released in February, they had built their excellent reputation on the strength of their live shows. Recently, they gained many new fans at SXSW. They’re a pretty shy bunch but on stage their musicianship is all that matters. They play with reverb and feedback, making each show a unique sonic experience. Their fuzzy, slightly grungy, sound has many people comparing them to Sonic Youth and My Bloody Valentine. In truth, they’re the grimier English cousins of The Pains of Being Pure at Heart.

You can catch Yuck at the following venues in the US and Canada: