FROM ACROSS THE POND: Esben and the Witch 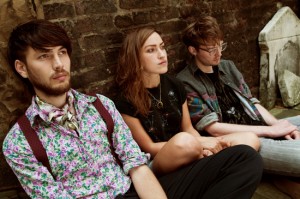 This is one of the more original acts to come out of the UK as of late. Describing their genre as “nightmare pop,” the Brighton-based trio of multi -instrumentalists fuse an odd mixture of skillfully executed electro beats and seemingly dark, gothic lyrics to end up with an incredibly unique, almost hypnotic approach to melody making.

The antiquated, almost Dickensian image the band members sport, although in stark contrast to their repertoire and style of songs, somehow seems to work and more than sets them apart from the hoards of other artists trying to jump on the hipster bandwagon of excessive synth use.

Being Matador’s first UK signing in over six years, expect to see a lot of this band in the US in the future â€“ they’ve already played more stateside support shows than many British acts who have been around a lot longer.

In the meantime, as we wait for the next flurry of American tour dates to be announced, take a listen to their debut album, Violet Cries â€“ you won’t be disappointed.