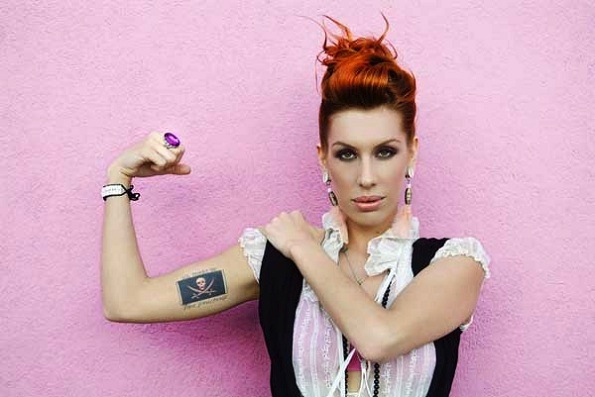 In today’s world of instant gratification, is anything worth a seven-year wait? Esthero’s release of her self-produced, third album, Everything Is Expensive, had her fans screaming a resounding “yes!” The Canadian indie-pop prodigy is back on the scene and playfully heating it up with the video for the first single, “Never Gonna Let You Go,” off her new album. As her patient and adoring fans have come to expect, Esthero once again put herself out there with her powerfully provocative lyrics about life, love, and the loss that happens along the way. In fact, she put herself out there in more ways than one by fulfilling promises to fans who donated to her PledgeMusic campaign which helped her release Everything Is Expensive worldwide.

In case anyone’s wondering where Esthero and her unforgettable voice have been hanging out over the past seven years, she collaborated with Nelly Furtado, K’Naan, Mos Def, and Timbaland, co-wrote three songs with Kayne West, and provided some vocals on his 808s & Heartbreak album. Working with so many amazing artists and putting so much time in the studio definitely paid off because her first solo-produced album is a genre-bending tour of her magnificent musical talent.