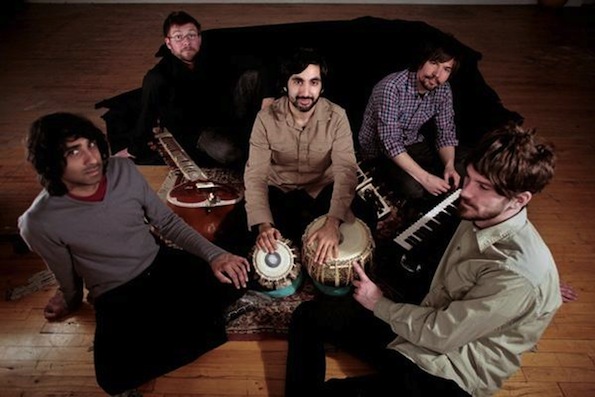 The self-proclaimed “hindie rock” label of Elephant Stone’s music doesn’t quite do the band justice. Frontman and accomplished bass/sitar player Rishi Dhir, along with bandmates Gabriel Lambert (guitar), Stephen Venkatarangam (keys, bass) and Miles Dupire(drums), take the classic “60s-infused psychedelia sound, blended with a sweet jangle of indie rock to create beautiful, multi-dimensional music. Indeed, it is a marriage of the genres not unlike The Stone Roses, the band from which Elephant Stone gleaned their name. Their first album in 2009, The Seven Seas, was long-listed for Canada’s Polaris Music Prize. Elephant Stone are slated to tour with fellow psychedelic rock band The Black Angels and will be at the Austin Psych Fest at the end