DITTIES FROM DOWN UNDER: Aussie Picks for Coachella ~ The Presets 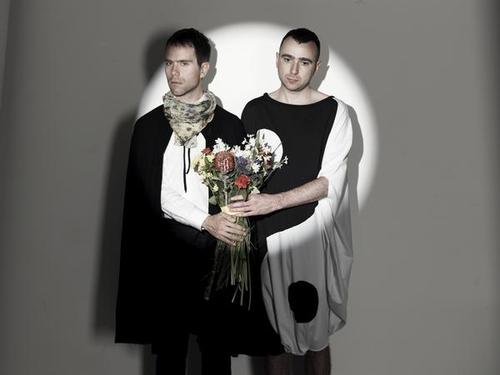 Dance. Electro. Pop. The heavy sounds of computer keyboards, drums and beyond, and a deep, mature, stylish voice. The Presets are a fantastic dance band who are the masters of crescendo then softly, gently bring you down. Distinct, strong vocals grab you and command your attention, and then drop in The Presets’ fat, weighty, techno sound and the room is jumping! This clever duo pulls out a deep, dark, romantic intoxicating blend of swoon at the rave.

The boys met at Sydney Conservatory of Music in an instrumental band but soon branched out with their own pure genius and have been perfecting the techno world since 2005. They have won the highest music accolade in Australia ,The ARIAS in 2008. The Presets were the first ever electro band to be awarded “Album of the Year” with Apocalypso.Â We expect a new album out by the end of the year.

Check them out with me at Coachellaâ€¦ I bought 2 blow up boxing kangaroos. The Aussies are in town!