DITTIES FROM DOWN UNDER: King Gizzard & The Lizard Wizard 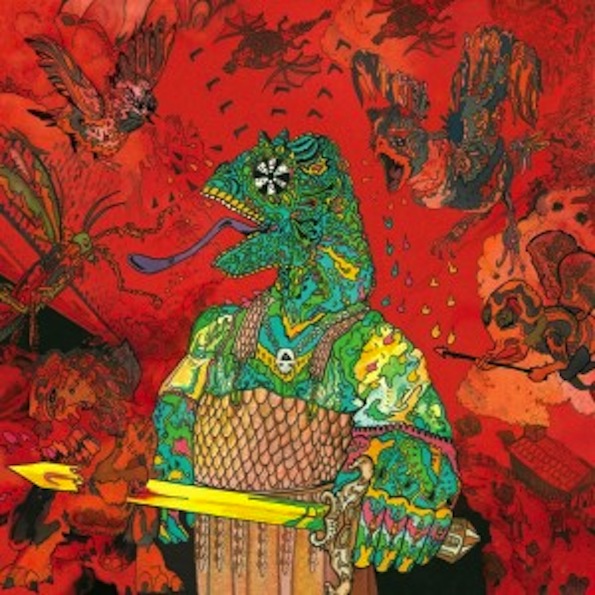 King Gizzard & The Lizard Wizard’s debut record 12 Bar Bruise will get you shaking your head with raggedy juvenile exuberance. The band’s three guitarists successfully fuse ’60s surf-rock twang with ’90s slacker fuzz. Tunes such as “Elbow” and “Uh Oh, I Called Mum” are a group vocal frenzy, lunging forth with spontaneous lilt. The band have a punk-rock elasticity, but the regular echoing of core melodic phrases between multiple guitars, voices, harmonica, and theremin reveals a deliberation that the surface frivolity might distract you from.

In live form the brief bluesy blasts are performed with locomotive force; the seven-piece party-troupe precisely project the tunes’ key components, giving them greater definition than the on-record transience. King Gizzard engender a corporeal release and are destined for the world stage.