DITTIES FROM DOWN UNDER: Busby Marou 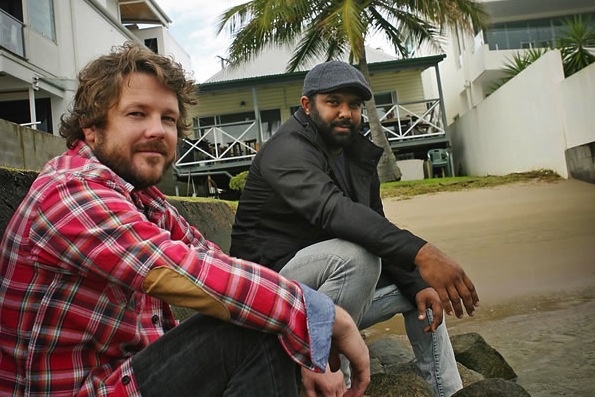 If you’re a fan of organic tunes laced with sweet harmonies, get across Busby Marou. Hailing from Rockhampton, Queensland, the Aussie duo have made waves in recent years with their brand of folk-pop that seamlessly blends the mellow sounds of Jack Johnson with alt-country melodies and instrumentation. Their single “Biding My Time” is melodic and catchy, and showcases their strong songwriting and tight harmonies.

Tom Busby is the grinning frontman and Jeremy Marou sings harmonies and plays all other instruments. Marou is of Torres Strait Islander heritage, and the pair won a Deadly award in 2009 for “Most Promising New Talent in Music.”

As well as their catchy original tunes, Busby Marou have recorded some notable covers worth a listen. They collaborated with other Australian artists on a tribute album for the Finn Brothers, of Crowded House fame. Their version of the classic “Better Be Home Soon” on “He Will Have His Way” is soothing and the harmonica sets it apart from the original. The duo appeared on Triple J‘s Like A Version and were one of the highlights of 2011 with their fresh take on Cyndi Lauper’s “Girls Just Wanna Have Fun.”

Busby Marou‘s self-titled debut is out now through Footstomp Records for Warner Music.