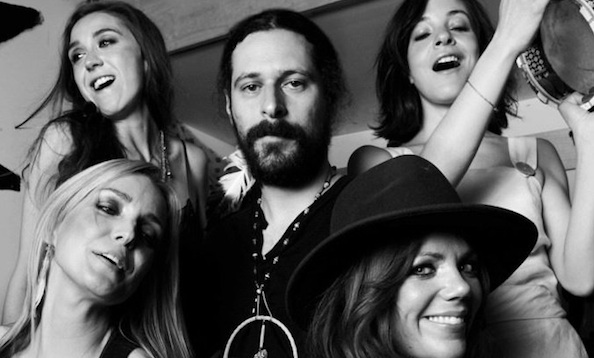 Desert Stars are a five-piece band from Brooklyn who may have found the key to pop rock music. The soft, beach-y, pop-scene is far and wide these days, and these five New York natives, including frontwoman Janelle Best, seem to be making a mark on it.

Their vocals are echo-y and a bit removed, like they’re coming from the far end of a tunnel. And theirs is a tunnel you might want to stay in for a while…without holding your breath. Utilizing piano, keyboards, guitar, bass, drums, and an organ, Desert Stars achieve a pleasantly mystical, soft-pop sound that is altogether a cosmic listen. Check out newly released tracks “Boys I Like” and “Farewell Decade” while you await their 7” this coming spring.