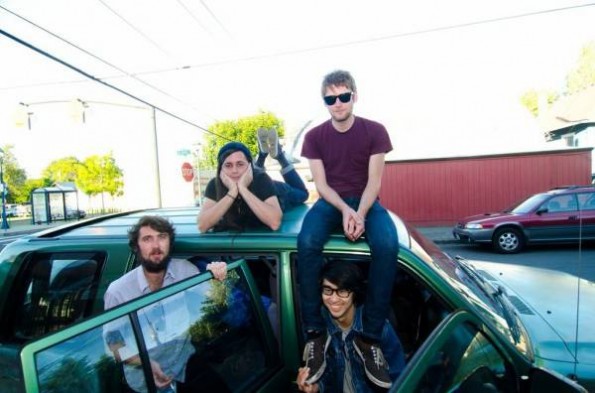 Cool Ghouls are the drinking soundtrack for the summer of 2013. This psychedelic-pop crew, hailing from San Francisco, they make music for a Summer of Love that never ended (or perhaps even existed), since they take more from the primal excursions of The Monks and the raw attitude of The Troggs more than The Kinks and The Stones.

They’ve garnered a lot of momentum, pressing their self-titled debut for tape release for the ultra-hip Burger Records, and they’ve opened for Sonny and the Sunsets and Natural Child, among others, and with good reason: they may be soaked in an aesthethic that’s from the past, but Ghouls are of the now. Guitarist Ryan Wong knows how to create atmosphere from his six-string and Pat McDonald’s vocalist finds just the right ground in bassist Pat Thomas’ booming setting. That analog magic works wonders on songs like “Grace,” a song that’s perfect for these nights. There’s twang as well as pop in these tunes, and they hit that sweet spot between Moby Grape at their most melancholy and a Laurel Canyon jam session. Check it out.