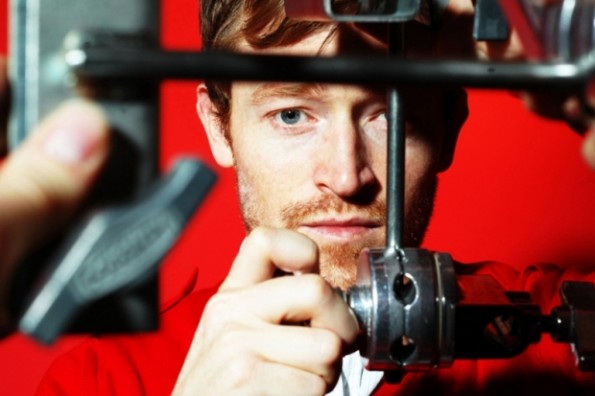 It’s really not that big of a jump from acoustic folk to electronic music— at least, not the way Barbarossa does it. The nom de plume of London-based musician James Mathé, Barbarossa has released a few sparse, airy tunes leading up to the August 5th release of his second full-length, Bloodlines. Those songs, however, feel completely human, the sort of intimacy reached in small settings.

Indeed, “The Load,” subsisting on drum machines, synthesizers, and Mathé’s soulful tenor, feels less like machine-made music than acoustic music filtered through machines. Stylistically, Barbarossa achieves an odd place in between the experimental R&B of How to Dress Well and the psychedelic folk of Junip. (Coincidentally, Barbarossa will be touring with Junip this summer and recently dropped a stripped-down cover of the Junip’s song “Line of Fire.”) Barbarossa’s newest single, “Turbine,” is a more raucous effort. Live drums set up a groove from the start, the electric guitar plays off its central riff, and Mathé’s falsetto shrieks build up the pressure. The rhythm mimics the roll and crash of an engine, but the voice behind Barbarossa exposes the music as just another beating heart.