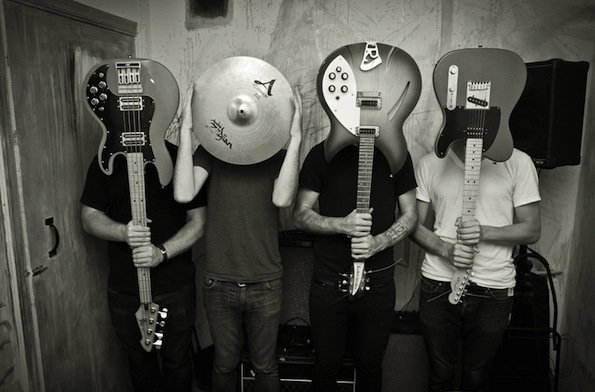 At first listen to Automotive High School’s “Bill Bill,” the drums, reminiscent of Tokyo Police Club, guitar, resembling that of The Strokes, and vocals, alike The Cribs’ and at times, The Beatles’, their sound is full and fun. The Brooklyn-based band is comprised of Torin Rhodin (vocals, guitar), Greg Yagolnitzer (guitar, backup vocals), Brendan Walter (drums), and Brooks Jones (bass). Together, they create an infectiously

catchy, make-you-wanna-jump-around sound. “Zeek and Axl Rose,” another song off their demo (and available for free download) again draws comparisons to The Strokes, as well as The Beatles. Do yourselves a favor and add these rockers to your summer soundtrack.