ANATOMY OF AN EP: “Friends” by Terraplane Sun 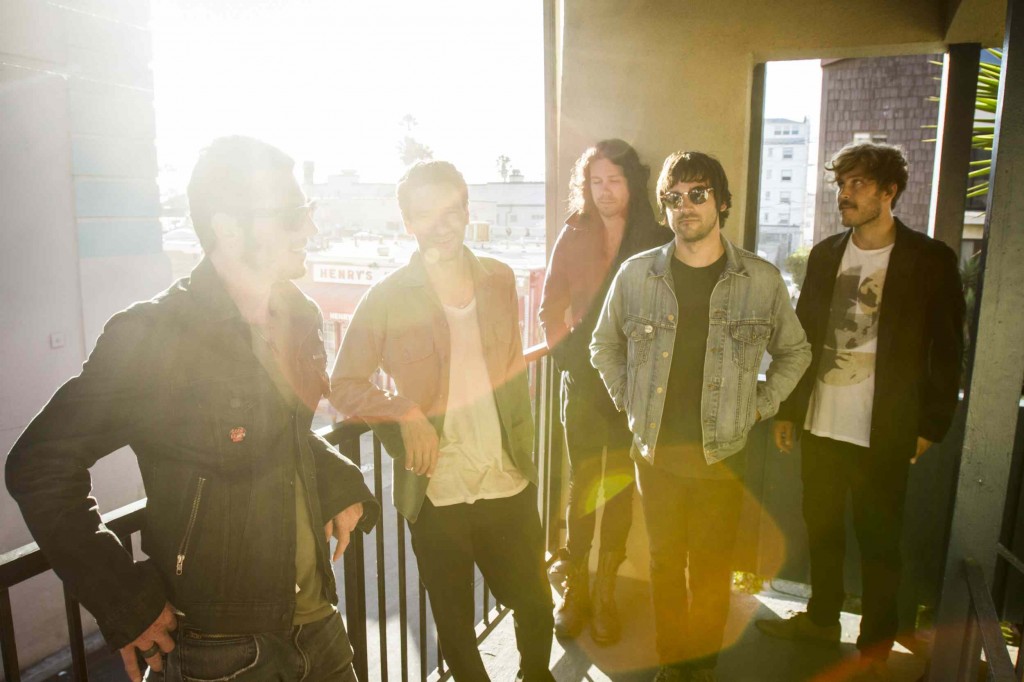 Intro to Anatomy of an EP by Gabe Feenberg

Though Friends is quite a big departure from their last full length (Coyote), which was done on a shoestring budget in only a few days, there remains much of the same grittiness and attitude in these recordings. Having the luxury of doing the EP in an incredible studio (Kingsize Sound Labs) with the highly acclaimed veteran producer Dave Trumfio, the band was able to really take their time on these songs and hone in a sound that comes across as much more polished without losing the rawness that has become one of the defining qualities of this band. Overall, the songs on Friends are entrenched in the soulful bluesy swamp that the band has made their home in, but this EP actually covers quite a bit of ground stylistically. With hints of country here and there and some extremely catchy numbers that give a nod to the soulful pop of the sixties, it is difficult to put this collection of songs into any one category. But there’s a thread that runs through all of Friends, and it is the collaborative process of the writing that meshes the various influences of these five good “friends” into one solid sound that comes through on all six songs. (Check out our review of the album HERE.)

“Stuck in the Middle” -Gabe Feenberg
At its core, this song started off as a collaboration between Ben Rothbard and Gabe Feenberg that was born from just a simple vocal hook. As everyone else in the band added their own contributions and tweaks, the song really came into its own. This one is just a solid groover that comes out of the gate swinging and should compel ones booty to shake. It’s a fitting first song for the EP because it really exemplifies the overall sound of the band as well as showcasing the collaborative process that goes into the writing.

“Ya Never Know” -Cecil Campanaro
This one was a special collaboration for us all. It was one of those tunes that seemed to fall into place just right. We didn’t really have to over-think it. When we went into the studio to record the EP, we had a grip on how we wanted the song to sound, but in the spur of the moment while recording it, we modified the bridge and a few parts here and there and it all came together. In our minds, it was simple, concise, and to the point. Lyrically, it’s a song that the 5 of us can closely relate to. Sometimes that essence of someone close to you can fade or become diluted and it’s that process of finding them again or trying to rationalize it all.

“Tell Me I’m Wrong” -Cecil Campanaro
This is a tune that has easily become one of our favorites to perform live. It has a certain rambunctious energy that surfaces every time we hit this song in our set. With that said, when we entered the studio to record it, we wanted to translate that feeling and capture that “rawness.” For us, it’s a rhythmic “pocket” that we all like to sink our teeth into. And I can say, we are always curiously awaiting that trombone explosion that is always preparing itself around the corner. There is a definite freedom that lives within this tune that we all savor!

“No Regrets” -Ben Rothbard
“No Regrets” came together fairly quickly. The meaning of the song is pretty self explanatory and resonates strongly with the band as a whole. The reoccurring guitar line is what makes the song special. It’s an addicting hook and adds a timeless quality to the song. The organ adds a really classic touch to it as well and helps create a nice space. The rest is just the pocket, or the groove. In order for this song to really hit, it’s got to have a very laid back feel. If it’s rushed, it just doesn’t work. This band has as good of a rhythm section as any and the groove is right in the sweet spot. Some really nice harmonies were added to the choruses during the recording which I feel took the song to another level. They really helped with the dynamics of the song, helping to separate the different parts, rather than having the song charge right through. All in all, we’re stoked with the outcome and it’s proven to be an unexpected favorite off of the EP thus far.

“Get Me Golden” -Gabe Feenberg
This song has been a big one for us. I remember going over to Ben’s house and he showed me the demo of the track that he and Johnny had come up with. I just remember laughing at how freaking catchy it was. It’s one of those instant smash feelings you get when you hear something like that. We added a bridge and then recorded a version that ended up getting placed in a commercial and a few feature films. This song single-handedly funded this EP. We rerecorded it here on Friends with way better tones and I think we have really captured a special feeling on this one.

“Friends” – Ben Rothbard
“Friends” is almost unanimously the bands favorite track off of the EP and we couldn’t be happier with the way it turned out. It’s definitely one of the more thought provoking tunes we have, but with an energy we hope seeps into the listeners bones as well. We don’t like sleepers. Once again, this song is all about the groove. In order for it to be truly effective and hit the way it should, the drums and bass must sit way, way back, on the furthest part of the beat. If it’s rushed, it’s crushed. We wanted the song to build as it moved along, creating a suspense leading into the instrumental bridge, then explode. Boom, pow, lightning!