“What Went Down” by Foals 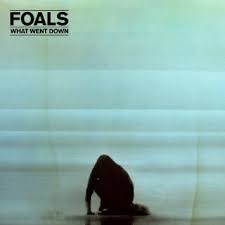 Foals
What Went Down
[Transgressive/Warner Bros.]

Apex predators kill because they can. When you put their ferocity into music you’ve got something vicious, like the eponymous track off Foals‘ fourth album What Went Down. But it’s a shame that the drowning sounds on this song don’t translate well within other takes in the album. For this Oxford-based indie rock outfit, their album’s problems include filler (“Birch Tree,” Lonely Hunter,” “Mountain at My Gates”) and a progressively boring final minute crescendo on most tracks.

There’s a pent up anger that’s conveyed in What Went Down‘s lyrics and sound. Unfortunately, the predator’s claws are mostly sheathed. “Give It All” mentions bloody fights and “Albatross” references a Hulk-like being. The tone of these lyrics are mowed down by starry or ambient keys, as well as a lack of vocal emphasis. “Snake Oil” triggers something within vocalist Yannis Philippakis as his claws are out again. “London Thunder” deviates from the formula of calm to loud by being instrumentally blissful along its talks of nature. Loud drums take center stage in “A Knife in the Ocean.”

It’s fair that Foals found a balance between ravaging and soothing, but it would’ve been better to see the beast in its final form.