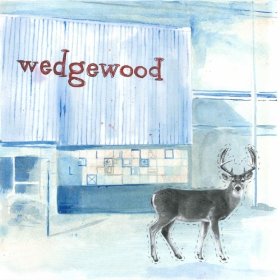 Winter is officially here even if the calendar doesn’t say so. How do I know? The Northern Key has made it so. I envision myself drinking myself stupid(er) on a beach somewhere while listening to the reverberations of a guitar that isn’t out to prove it can compete with Eric Clapton‘s Fender. Their sophomore album is perfect for fans of Band of Horses, The Low Anthem, or Bon Iver with a hint of Santo and Johnny. Tracks like “C.C.” (which I’m still not 100% sure isn’t about the overweight Yankees pitcher) are indicative of the harmonious balance that is the backbone of this album.

Nothing jumps out at you as brilliant or mind-blowing, but as far as debut albums go this one is significant. The Northern Key seem to gel so well, every note perfectly choreographed with none of the instrumentations overpowering the content of the overall sound and feeling. In the years since Eliot Smith‘s death his musical influence has never been more apparent than the past few years where the subtlety of the music and yet the haunting beauty of his voice have spawned off legions of followers like The Northern Key.