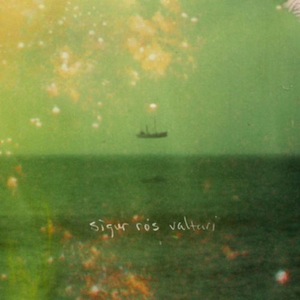 If you’re looking for the same arranged, melodic sound as in Sigur Rós’ previous work, the latest from the Icelandic foursome may at first disappoint you. Instead, Valtari lends itself to an entirely new definition of ethereal, an even more emphasized other-worldliness, and when treated as such, it is nothing short of gorgeous in its own right. While the album’s lack of percussion and “backbeat” may make it seem more understated, it is instead this distinction that elevates Valtari to the wonderfully atmospheric, hypnagogic realm that defines it.

The album’s eight tracks are especially drawn out, immediately transporting the listener to an ambient, sometimes extra-terrestrial, almost post-apocalyptic, dream-like state. The instrumental title track projects a peaceful yet haunting undertone, almost like an unsettling lullaby, that evokes a feeling similar to how one might feel while walking through a haunted house filled with gentle spirits. Frontman Jonsi’s trademark vocals are less pronounced in Valtari, an aspect of the album that may dissatisfy avid fans, but the fact that his voice is easily mistaken for another instrument contributes to the album’s heightened celestial quality. Only a few tracks (“Ekki Múkk” and “Varúð”) are reminiscent of other Sigur Rós albums.

However, the deep way in which these Icelandic visionaries have been able to affect their listeners over the years is anything but lost on this album—in the right setting, it’s almost impossible not to succumb to the dualistic-universe they’ve created.