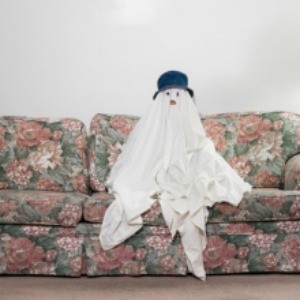 Birthed in Walla Walla, Washington and incubated in Seattle, Chastity Belt follow up their crackling debut No Regerts with a move to local hothouse Hardly Art for their latest, Time To Go Home. While their debut was pure confrontation, Time To Go Home is the “growing up in public” record that sees them still lashing out at the evils of the world, but more weary and resigned, while simultaneously closing ranks to build their own groove.

The final line of “Drone,” “he was just another man, trying to teach me something” viciously sums up the heavy sigh of a song that kicks things off. Combined with the mantra of “Trapped,” “it’s all in front of me: living/breathing/ dreaming/dying…” it’s apparent that this is the Sunday morning to the Saturday night of their debut. Chastity Belt’s still aiming at the same targets, but the huge advance here is musically. “On The Floor” is the first point of ascension, where the band really takes flight, soaring at the chorus. Near the end when most bands would insert the showcase solo, they drop into a coda with guitars intertwining and falling back with the rhythm section to slow to a graceful close.

Determining their own destiny is the ultimate victory of the album, encapsulated best in its final cuts, instant anthem “IDC (I Don’t Care)” and the title track. Like The Raincoats‘ Odyshape, they’ve dialed it back to find a signature sound, and while Julia Shapiro remains the voice of the group, it’s the band (Gretchen Grimm, Lydia Lund, and Annie Truscott), becoming the star. Look for them on tour with Courtney Barnett in May.