“The Waterfall” by My Morning Jacket 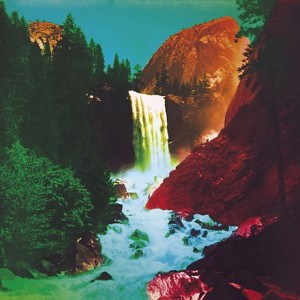 If nothing else remains a constant, the echoing bellows of Jim James in My Morning Jacket will keep things interesting, at the very least. Past that, it can be hard to get a grip on exactly what type of band they really are. But, to them, the question has always remained: does falling into a genre really matter? Does it matter whether The Waterfall falls under the jam band, indie rock, or southern rock criteria?

Not surprisingly, the feeling on said album falls somewhere in between all three, with just a proper sprinkle of psychedelia to make the MMJ diehard that much more intrigued. It taps into its folky roots with “Like a River” to the same effectiveness that it hits into indie rock heaven with “Only Memories Remain,” possibly the album’s best song. But the band’s identity has always remained strong with Jim James at the helm. While little has changed about them as a band, My Morning Jacket’s ability to keep it fresh remains impressive.