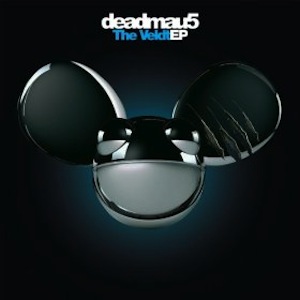 The giant mouse head sporting DJ/producer also known as Deadmau5 is back with a new release entitled The Veldt EP, the first in an upcoming series of EPs.

The title track, lead single “The Veldt” references a short story written by the late sci-fi author, Ray Bradbury. The eight-minute track is a smooth and light composition featuring guest vocals from Chris James. As a social media age miracle this collaboration came about after Deadmau5, aka Joel Zimmerman, was contacted by Chris James on Twitter. After streaming instrumental versions of his production process Zimmerman was sent a lyrical version of “The Veldt” by James.The five star producer liked what he heard and brought James on board. The collaboration is a successful one with James’ lyrics reverberating the sci-fi inspired theme, while his vocals set a serene mode with the help of some old fashioned auto-tune.

On “Failbait” the mood changes with Cypress Hill stirring things up with their knuckle sharpening lyrics. The EP ends in style with two completely opposite remixes of “The Veldt”. “The Freeform Five Remix” is a blurry eyed, dubstep infused number, drowned in thrusting sounds that offers a more rugged version of the original. The “Tommy Trash Remix” is more club-oriented and seemingly closer to the Deadmau5 formula.

With his sense of ingenuity and aptitude for reinventing electronic music it’s no wonder Deadmau5 has such a big head.