&quot;The Sun As It Comes&quot; by The Lonely Wild 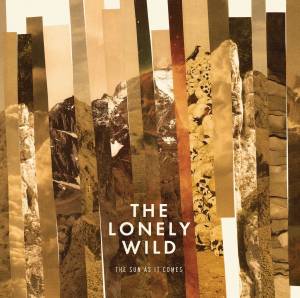 The Lonely Wild
The Sun As It Comes
[Ursa Major]

LA quintet The Lonely Wild are on a journey to continue the wave of success they experienced in 2012 with the release of their debut full length The Sun As It Comes. The band play a blend of folky indie rock with two percussionists being the driving force behind it all. Thumping bass lines accompany an acoustic guitar, while a twangy/psychedelic-inspired guitar and trumpet accentuates it all.

Lead singer Andrew Carroll”s dramatic vocal range is able to match the music”s most tranquil rising to climactic parts. “Banks and Ballrooms” would be a perfect example of this. The song starts with a steady tribal drum beat with acoustic guitar and male/female harmonies added at the same time. The song”s tension builds slowly to mid-point, where it all explodes into a blissful rock jam. “Closer Than The Needle” shows the band”s ability of sustaining the intensity to a subtle acoustic guitar strumming and those unquestionably tasteful vocal harmonies. And “Buried In The Murder,” is the epitome of what The Lonely Wild are capable of. Also the first single off this album, The Lonely Wild are poised to follow in the footsteps of other LA acts such as Local

Natives and Milo Greene. It”s only a matter of time before everyone is talking of them and referring to them as the next buzz band.