ALBUM REVIEW: “The Origin of Love” by Mika 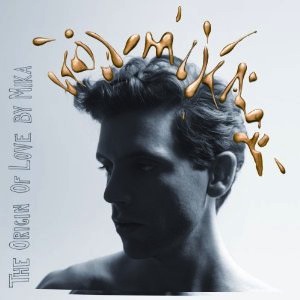 On The Origin of Love, Mika is thisclose to having the dance album of the year. With a guest vocal from Pharrell Williams on single “Celebrate” and production help from Nick Littlemore of Elton John-approved Pnau, almost everything is in its right place…except, the entire record is missing the famous EDM drop. And so Mika’s third LP is going to be worn out by kids singing into a hairbrush in front of a mirror – the types who understand that the title is borrowed from the musical Hedwig And The Angry Inch – rather than the ones who love dressing in neon beads and furry boots at Electric Daisy Carnival.

Mika fans will be pleased with his videogame bleeps ready to soundtrack a ride on a cloud through rainbow-filled skies, but it’s unlikely club DJs will take much of a liking for his easy-going electronic music.

If you’re already a Mika fan, most certainly cue up stand out tracks “Celebrate,” “Love You When I’m Drunk,” and “Popular,” the latter of which includes the best sample from a Broadway Musical (Wicked) in recent memory. However, if Mika’s quirkiness has never appealed to you, then The Origin Of Love is definitely not going to be the time it starts.