ALBUM REVIEW: “The House That Jack Built” by Jesca Hoop 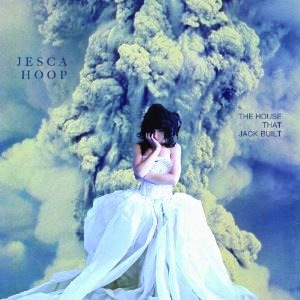 Jesca Hoop‘s latest album, The House That Jack Built, is a vocalists dream: strong vocals and even stronger lyrics.

“Born To” is one of the strongest tracks on the album but it’s also the hardest track to describe. It’s a bit funky but at the same time a solid pop track. “Hospital (Win Your Love)” sounds like a full band pop track — you could imagine hearing this from Meg & Dia or your other female fronted band. The song is fun and bouncy but still vocally powerful with lyrics in the middle like “There’s nothing like a broken heart to win your love.” “Ode to Banksy” is a quieter track — that is until the middle (we’re sensing a trend). Things start to kick in and take on a weird, almost East Coast Best Coast sound. You’re going to love lip syncing to this track.

If you’re looking for a new album that screams girl power, don’t look any further.