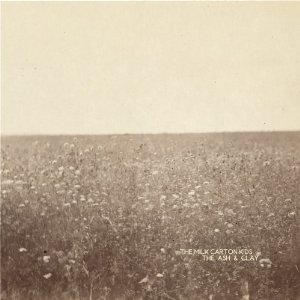 Much has already been made of the Milk Carton Kids’ extraordinary harmonies: Kenneth Pattengale and Joey Ryan sound like they grew up singing together. And Pattengale’s guitar work catches plenty of ears, too. It ranges from slow, sophisticated dissonance to blazing folk-country runs, the only “showy” aspect of otherwise remarkably minimalist music.

What truly sets the Kids apart, though, is their writing, which is better than ever on The

Ash & Clay. It’s authentic, modern, humorous when it needs to be, thematically complicated, and above all, concise. On the title track, politically-minded lines like “What oh what have we done to drive the country into such a sight / stolen from our brothers like we couldn’t find a fairer fight,” fit perfectly into a story of a middle-aged couple. They repurpose Appalachian gospel imagery in songs like “Promised Land” and even the “fun” tracks, “Honey, Honey” and “Heaven.” This is far too short a review to catalog the depth of these songs, much less how Pattengale and Ryan twist and expand their imagery throughout the record to address new themes in each new song.

The Ash & Clay should be in the collection of every fan of modern American folk music.