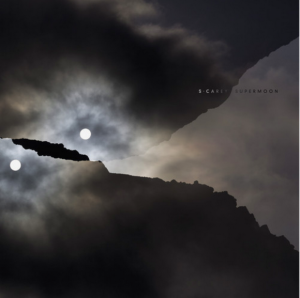 You may know him as the drummer and supporting vocalist for Bon Iver, but Wisconsin’s S. Carey does make his own hauntingly beautiful ambient folk-pop music. His two past LP’s All We Grow and Range of Light are proof enough of that.

His latest offering, the six-track Supermoon EP, includes a few re-imagined songs from those two albums, as well as the original title track and a cover version of Radiohead’s “Bullet Proof… I Wish I Was”. With a Sufjan Stevens air, S. Carey weaves his simple tracks with charm and poise. The alternative version of “Fire-scene” and “We Fell” are both gentle and elegant, the first one led by a subtle, precisely delicate piano tune and the second utilising tiny chimes – like a soft edged chamber-pop track. Later in the album an alternative “In The Stream” really brings Carey’s lyrics to centre stage, atop orchestral backing strings. “Neverending Fountain” is quiet and understated – it wouldn’t be out of place in the film of a doomed love affair. The title track itself, “Supermoon”, takes inspiration from its namesake, the astronomical ‘perigee-syzgy’ phenomenon – otherwise known as the super moon – that graced our skies in August last year. Most of this EP was recording during that time, and Carey’s reflective track draws from those organic influencers of sky and space. The Radiohead cover is a nice touch, and a decent reworking of a classic song.

In all, Carey’s album is a work of art, but a drifting one. There’s not real standout moment in the record, even from the main track itself. But there is a timeless grace to the songs that deepens the closer you listen.