“Stoned and Alone” by The Pharmacy 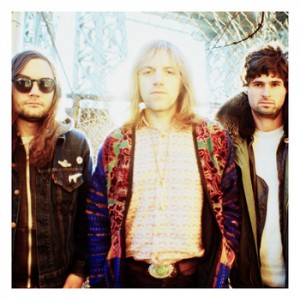 For their fourth full-length album, Stoned and Alone, The Pharmacy get restless. The Seattle-based trio mine for new areas in psychedelic pop and reverent lo-fi escapism. For fans of late 60s/early 70s Kinks’ records, Stoned and Alone touches on some familiar themes. But, the devil is always in the details.

The straight ahead cockiness of “Baby Be” or “Dig Your Grave” exemplifies The Pharmacy at their most poignant. Lead singer Scott Yoder’s vocals aren’t stretched thin and the overall pulse for each song is perfectly encapsulated in brief 2-minute classic pop bursts. They also have their quirky moments. “At the Top of the Ivory Stairs” incorporates flourishes of grandiose psychedelic rock vistas that are brought to life with somber strings and ghostly vocals which could carry for miles.

After a few listens however, I was put off somewhat by the apparent overall disjointedness in the album’s vision. That’s not to say that there isn’t plenty of well placed hooks or a surreal amount of instrumentation, but Stoned and Alone just doesn’t feel fully formed.