ALBUM REVIEW: “Space Between The Words” by Dan Le Sac 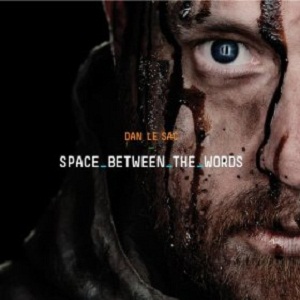 Dan Le Sac, the producer behind UK rap project Dan Le Sac vs. Scroobius Pip, brings a bevy of guest vocalists along for his solo debut, Space Between The Words. Two highlights feature the husky vocals of English folkster Merz: “Long Night of Life” opens the album with a hypnotic stand-up bass groove, and “Zephyr” has layers of melodies that straddle between mellow and intense.

“Tuning,” featuring Jashua Idehen, builds a foreboding sense of dread, while “Memorial” lets Emmy The Great’s plaintive voice float and sting over a moody, grimy backdrop. The catchy, poppy “Play Along” has vocals from Sarah Williams White that flip from cheeky to seductive.

A decade removed from Moby’s “Play,” “Space” feels like a spiritual follow-up, made by someone who grew up with Banksy’s art on his walls instead of Keith Haring’s. While a few tracks may not engage non-dance fans, it’s altogether a strong and varied electronic album.