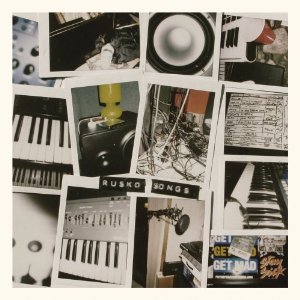 Dubstep has officially arrived in America. Gut-wrenching wobbles can be heard at college parties across the nation and Skrillex has won a Grammy for his robot sex sounds. But this American affection for dubstep would not exist without Rusko and his English counterparts who helped build the stateside scene wreaking havoc at live shows and blending their sound into the core of pop music.

Bridging the gap between dubstep and mainstream radio may seem awkward in thought, but DJ and producer Christopher Mercer aka Rusko has mastered the transition. The infectiously energetic Brit and his floppy rooster-esque hairdo have gone from grimy underground raves to the posh production studios of Britney Spears and M.I.A. Released on genre bending record label Mad Decent, Rusko’s second album Songs is a shotgun splatter of dubstep influenced by a variety of popular music creating a chaotic party record that aims to please all, but lacks a focus to satisfy any.

The lead single “Somebody To Love” provides a prime example of the dub-pop sound Rusko has perfected featuring a female vocal crooning between the signature deep bass and fat wobbles of dubstep. But Rusko scarcely recreates this pop magic, as some monotonous melodies grow stale and radio tailored tracks “Opium” and “Dirty Sexy” feel forced. Though his ventures into different styles are rather enjoyable at times including the chill Rasta tune “Love No More” and the booming dub reggae track “Skanker,” the diverse project ultimately sounds cluttered. On his sophomore effort Rusko shows off his production prowess, but the induced confusion is overwhelming.