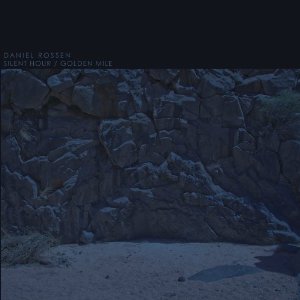 Daniel Rossen’s first bit of recorded material outside of Grizzly Bear (and side-project Department of Eagles) proves just how important his input is for the music of the band he’s enjoyed such a spectacular success with; simultaneously, it establishes Rossen as a strong individual voice. Silent Hour/Golden Mile will make you recall the best things about Grizzly Bear’s Veckatimest all the while yielding sounds whose buoyancy and lightness are unlike anything you’ve heard so far from the Brooklyn four-piece.

What the EP makes apparent is that Rossen brings in a kind of sophisticated wistfulness to the Bear’s table, and this trademark mood is present here from the get go. “Up On High” juxtaposes it with sunshiny, rhythm-driven folk rock and Beatles-esque bass licks. While key on Veckatimest, strings are merely an embellishment here and do not steal Rossen’s one-man show. The catchy drift goes on into “Silent Song,” the EP’s melodious highlight, adorned by tasteful bits of George Harrison-like lead guitar. However, the lowest point arrives with “Return To Form” (ironically), whose self-referential songwriting comes off as a slightly dull hybrid of Rossen-sung “I Live With You” and “While You Wait For The Others.”

Then again, the two closing tracks are again prime examples of top-notch songsmithship. The pensive ballad “Saint Nothing,” with such gloomy lines as “You feel no pain / An end so near / You taste the blood” is based around haunting, desolate piano lines, reminiscent of Antony and the Johnsons’ chamber intimacy. The EP ends on a positive note though — “Golden Mile,” a peppy western jam, seems perfect for joyrides in a stagecoach.

With all five songs clocking in around the five minute mark, Silent Hour/Golden Mile might be rather a long listen for an extended play, but it rarely leaves you unmoved or disinterested. It is an accomplished exercise of subtle poetry and low-key catchiness; a great effort from a great talent.